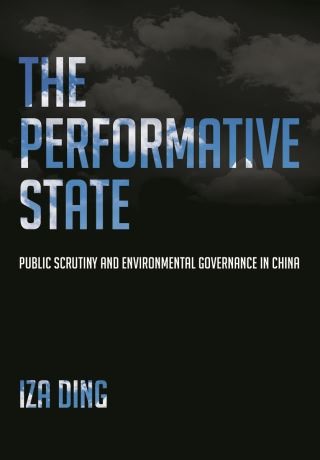 What does the state do when public expectations exceed its governing capacity? The Performative State shows how the state can shape public perceptions and defuse crises through the theatrical deployment of language, symbols, and gestures of good governance—performative governance.

Iza Ding unpacks the black box of street-level bureaucracy in China through ethnographic participation, in-depth interviews, and public opinion surveys. She demonstrates in vivid detail how China's environmental bureaucrats deal with intense public scrutiny over pollution when they lack the authority to actually improve the physical environment. They assuage public outrage by appearing responsive, benevolent, and humble. But performative governance is hard work. Environmental bureaucrats paradoxically work themselves to exhaustion even when they cannot effectively implement environmental policies. Instead of achieving "performance legitimacy" by delivering material improvements, the state can shape public opinion through the theatrical performance of goodwill and sincere effort.

Iza Ding is Assistant Professor of Political Science at the University of Pittsburgh. Follow her on Twitter @izading.