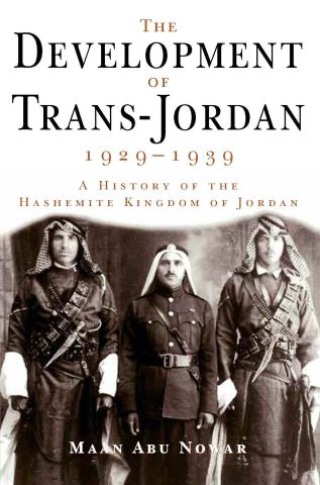 A History of the Hashemite Kingdom of Jordan

Very little has been written about the history of Trans-Jordan between 1929-39, a decade of importance in the history of its struggle for independence and sovereignty, its progress and development, its relations with Palestine and the neighbouring Arab countries and the new awakening of Arab nationalism. During the 1930s, although still under the mandate of the League of Nations (which was entrusted to Great Britain) Trans-Jordan began to develop an international presence. The people of Trans-Jordan remained very poor however, and the government was supported by a grant-in-aid from the British Government. The British Resident in Amman Col. Henry Cox used that grant-in-aid as a justification for his financial and political control over the new mandated state, which limited its sovereignty. At the time, Great Britain had the largest empire on earth. Her wealth and power, as well as the survival of her Empire, depended mainly on her ability to defend her trade routes with her overseas colonies, protectorates and mandated territories. The Amir Abdullah Ibn al Husain wanted to take Trans-Jordan back from that Great Britain of the 1930s and develop it into an independent state. This book describes the second decade of that struggle.

Maan Abu Nowar: He learnt the Quran by heart before the age of 15, following the reciting of Abi Amr bin al-Ala, based on the reading of Hafs bin Amr al-Duri, under the tutorship of al-Shaykh Fadl al-Mawla bin Khalifa al-Jammui al-Muqdabi. He joined the Tabat Islamic Sciences Institute when it was established in 1355/1937 by his father, the most learned scholar al-Shaykh Abd al-Qadir al-Jayli bin al-Shaykh Abd al-Mahmud bin al-Shaykh Nur al-Dayim. He also attended his father's study circle, which met daily in the late afternoon. He graduated in the sciences of jurisprudence, Traditions and the Arabic language.