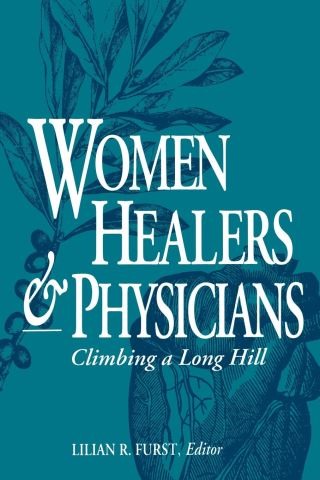 Women have traditionally been expected to tend the sick as part of their domestic duties; yet throughout history they have faced an uphill struggle to be accepted as healers outside the household.

In this provocative anthology, twelve essays by historians and literary scholars explore the work of women as healers and physicians. The essays range across centuries, nations, and cultures to focus on the ideological and practical obstacles women have faced in the world of medicine. Each examines the situation of women healers in a particular time and place through cases that are emblematic of larger issues and controversies in that period.

The stories presented here are typical of different but parallel facets of women's history in medicine. The first six concern the controversial relationship between magic and medicine and the perception that women healers can harm or enchant as well as cure. Women frequently were banished to the edges of medical practice because their spiritualism or unorthodoxy was considered a threat to conventional medicine. These chapters focus mainly on the Middle Ages and the Renaissance but also provide continuity to women healers in African American culture of our own time. The second six essays trace women healers' efforts to seek professional standing, first in fifth-century Greece and Rome and later, on a global scale, in the mid-nineteenth century. In addition to actual case studies from Germany, Russia, England, and Australia, these essays consider treatments of women doctors in American fiction and in the writings of Virginia Woolf.

Women Healers and Physicians complements existing histories of women in medicine by drawing on varied historical and literary sources, filling gaps in our understanding of women healers and nulling social attitudes about them. Although the contributions differ dramatically, all retain a common focus and create a unique comparative picture of women's struggles to climb the long hill to acceptance in the medical profession.